The culture of India can be traced back to ages ago which is clear due to the presence of innumerable ancient temples that dot the entire nation. These places have been worshipped for a very long time and have attracted tourists from all over the world. These temples are well renowned for their significance and historical importance. If you are looking to explore the charming aura of India then you should definitely pay a visit to the given below ancient temples of India: 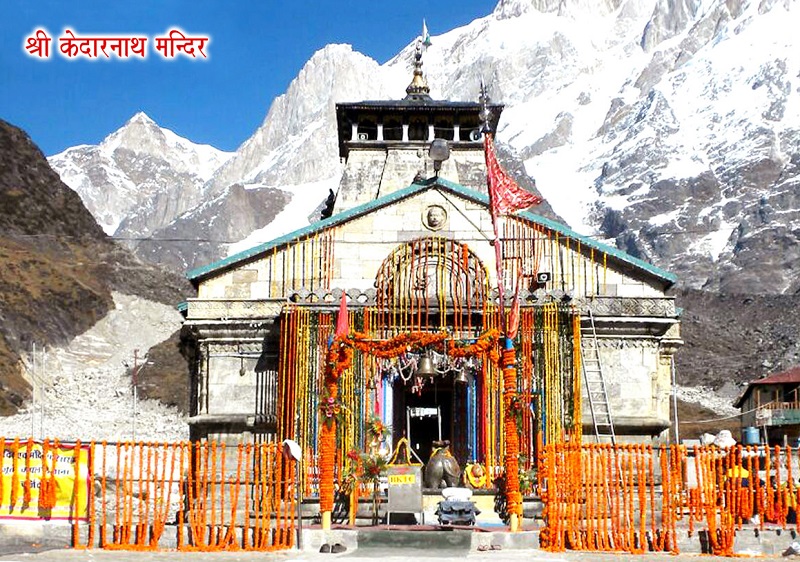 Situated on top of a hill in the district of Rudraprayag is one of the oldest lord Shiva temples in India. The temple is accessible by covering a trekking journey or by availing of one of the most comfortable Helicopter Services for Kedarnath Yatra. The original date of the construction of the temple is still unknown and some believe that it was built by the Pandava brothers along with the other temples for Panch Kedar Yatra. The temple is so old that it was once completely covered under snow during the mini ice age which had covered a major portion of Rudraprayag for 400 years. The spiritual aura here is very pure and positive.

Dedicated to Lord Shiva this humble-looking temple is one of the oldest temples in India since it was constructed during the 5th century. Located in the district of Aihole the temple was created by the kings of the Chalukya dynasty who ruled Karnataka during that age and were well known for being very religious. The temple is named so since a person called Lad Khan had turned this holy temple into his place of residence for a small duration. This is the oldest and the most ancient temple in Aihole and attracts a huge number of tourist who wants to witness this age-old wonder.

Classified under the UNESCO world heritage site, this group of structures dates back to the ancient ages as old as the 7th to 8th centuries. The coastal town of Mahabalipuram or Mamallapuram itself dates back to the 1st or 2nd century so these groups of monuments that reside by the coromandel coast are of incredible significance. This open-air rock relief complex consists of over 400 ancient monuments, temples, and shrines like – mandap viharas, stone cut temples, arjuna’s penance, the descent of Ganges, etc. a visit here will feel like you have stepped into a time machine.

Famous all over the world for being one of the largest Indian rock-cut structures, this ancient temple is dedicated to Lord Shiva and is visited by a huge number of devotees all year long. It is 1 out of the 34 cave temples here in Ellora and its construction was undertaken by Krishna 1, a Rashtrakuta king in the 8th century. This is definitely due to the presence of inscriptions and scripts citing so. It has also found its mention in a number of old important holy Hindu books.

Located at an elevation of 3,680 meters above sea level en route to Chandrashila peak, this is also one of the oldest temples in India. The exact date of the temple remains a mystery and is said to have been built by the mythological heroes of the Pandavas brothers. The temple looks very humble and is small in space but is dedicated to Lord Shiva it is visited by a huge throng of devout from all over India. It is also believed that the evil king Raavan is said to have meditated here at Ravanshila to Bholenath.

Built in the 13th century by the kings of the eastern Ganga dynasty this temple is a famous UNESCO world heritage site in Odisha. The Gangetic temple is in ruins right now and currently is without a man on top. It was built in the form of a chariot consisting of 12 pairs of wheels and 7 horses out of chondrite rocks. This place is a true mark of expert craftsmanship and pristine Kalinga architecture. Although in shambles the temple of the sun is visited by a number of devotees on a daily basis, especially during the festival season.

Designated as a famous UNESCO world heritage site this temple is dedicated to Virupaksha which is an incarnation of Lord Shiva. As a part of the ancient monuments of Hampi, the temple’s construction can be dated back to around the 7th century by the Chalukya rulers of Karnataka. What started off as a construction for a small temple shrine was expanded and adorned further by the Vijayanagar rulers later on. The place presently attracts a lot of people looking to take a look at the bygone era of India. These structures represent the actual and incredible collection of finely and intricately created temples and monuments.

An Ultimate Guide to Chardham Yatra by Helicopter

The spiritually evoking Char Dham Yatra keeps leveling up. What used to seem like an impossible task for many Indians centuries ago, has now turned into a journey that is comfortable and very smooth. One of the most revolutionary steps in making Char Dham more comfortable and luxurious for all was the introduction of helicopter trips. Among all the various kinds of Chardham Packages available o...

Ferry in Chilika Lake and Sri Jagannath Temple in Malad

As the sun glows above the sky and the birds fly beneath the clouds, we boarded a ferry in Chilka Lake to accomplish our wish of completing our coastal line road trip through Orissa. A few fishermen were trying their luck with their nets in the lake while our ferry...

Kerala nicknamed God's Own Country is a significant tourist destination in South India, ideal for leisure, romantic holidays as well as nature tours. This south Indian destination is known for its realm of nature and the state is immensely gifted with many wonderfu...

Kerala is an incredibly beautiful place, full of green foliage, backwaters, landscapes, and mysteries, which creates a sense of awe and wonder in everyone who visits this place. It is a place that must be visited in one’s lifetime. In the literal sense, Kerala m...